Back to Blog Posts
Prev Next

Posted by Andrew Sesta on Friday, December 31, 2021 at 3:49 PM By Andrew Sesta / December 31, 2021 Comment
SOLD & CLOSED ANOTHER KINGS ISLE, PORT ST LUCIE HOME
The last Closing of 2021 is just under the wire!!! Started as an easy cash deal until the walkthrough when the realtor realized that he never added the washer and dryer to the contract but had told his buyers that the house came with them. Of course instead of admitting his mistake he quickly put his fake attorney hat on and tried blaming me now that these items were no longer in the home. Even went so far to say that his buyers were going to back out of the deal, he was going to report me, sue me blah blah blah. Well.....One phone call to Charles C.J. Esposito of JK Closings, him speaking to both buyers agent, and title company and explaining that if that the items were clearly not part of the contract, and that the buyers would be in default and would be in jeopardy of losing their $30,000 resulted in us closing this morning! Thank you very Charles for helping me in protecting my seller, and myself even though you were not part of the transaction! That's true dedication and standing by your word which is very much appreciated not only by me but my sellers as well. I'm sure the agent had a real hard time stroking that check for the washer and dryer, but hopefully, a lesson learned! 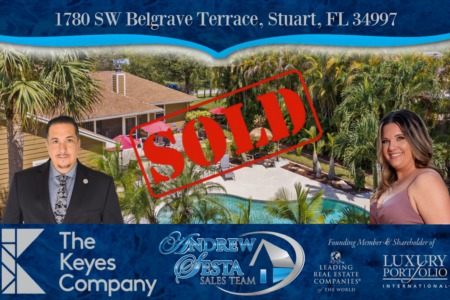 ANOTHER STUART FLORIDA HOME SOLD AND CLOSED CONGRATULATIONS out to our up-and-coming Real Estate Rockstar Britney Sharon for co-listing this ...Read More 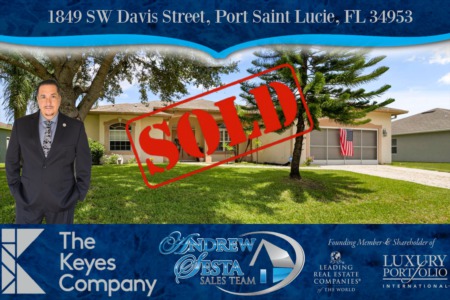 ANOTHER PORT ST LUCIE HOME SOLD & CLOSE Well, this one is definitely one for the record books! Had to jump many hurdles to get this one to the ...Read More 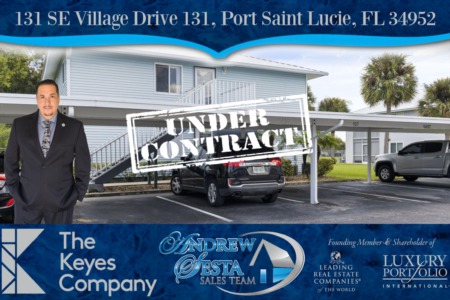 Another Port St Lucie Condo Under Contract The Fountains

ANOTHER PORT SAINT LUCIE CONDO UNDER CONTRACT If you have ever thought about selling and want to catch the tail end of the last housing boom, then I ...Read More

Contact Us
Questions? We're Here to Help
Recently From Our Blog